Translation in Modern English available at https://www.youtube.com/shorts/i_8iS5VqsJQ
​
About the The Words You Just Heard

Initially, when I stood in the Chapter House I was overcome with ideas for spoken bardic pieces. The acoustics were amazing and it was an extant location. Chaucer had seemed a good fit but then I quickly felt it wrong once I began to understand what the Chapter House was.
Should I use a Psalm or other such piece? No, that was not the right choice either. I did not wish to offend others or be religious.
Wait! The Chapter House was a room for business! Perhaps the business done here had been recorded and could be read. With that thought I was off in search of the words that had once been spoken in the Chapter House.
My first inclination was to look for records and I reached out to a friend who is French and has worked as a librarian both there and in the United States.  She was able to help me find new resources and that some of the records are still in existence from 1518 to the 1700’s. However, they are in France and can be seen but not scanned.
Knowing that the records were kept I searched for other records of surrounding priories. I was able to find a record of one 150 miles to the south. It had been translated in the late 1800’s and a reprint was available in French and Latin. Up until this point I had been using my own knowledge of French, the translations of my friend, and google translate but this was going to require Latin. Which, while translatable for me, takes more time than French.
Even though I had the records of another nearby Abbey, they were not the words of the Chapter house and so I searched more. I started with learning about the Benedictine Order. It was then I realized that sections of the Rule of Saint Benedict dealt with such things as kitchen duty, dormitories and daily life.
Reading a passage describing how one should dress or eat or work was  both absolutely accurate and not expressly religious. An even more exciting realization was that each day of the year had a specific reading. It was possible for me to in fact read the passage that had been spoken on a specific day in that room.

After reconfirming my permission, the final filmed moment occurred on July 8,2022. The reading from the Rule of Saint Benedict for that day was not in the tone of my project so I chose the reading for July 10, Chapter 32. It was at that time I realized that in 1752 the calendar had changed from the Julian version to the Gregorian one. This would make my reading actually due to be read on the Julian Calendar’s July 4th.
Chapter 32 in the Rule of St. Benedict can be summed up as “ take care of things, put them away nicely and where they belong.” You can appreciate this concept even further if you have ever had a tool bench, or perhaps if you have tried to keep a home cleaned while offspring of all ages are home. Levity aside the text reads:

“1 The goods of the monastery, that is, its tools, clothing or anything else, should be entrusted to brothers whom the abbot appoints and in whose manner of life he has confidence.
2 He will, as he sees fit, issue to them the various articles to be cared for and collected after use.
3 The abbot will maintain a list of these, so that when the brothers succeed one another in their assigned tasks, he may be aware of what he hands out and what he receives back.
4 Whoever fails to keep the things belonging to the monastery clean or treats them carelessly should be reproved,
5 If he does not amend, let him be subjected to the discipline of the rule.” 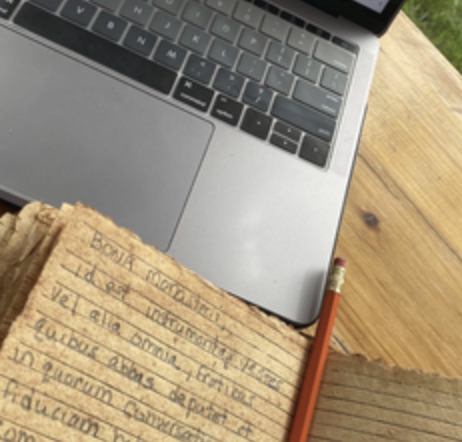 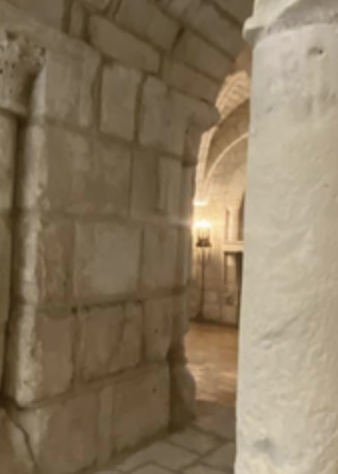 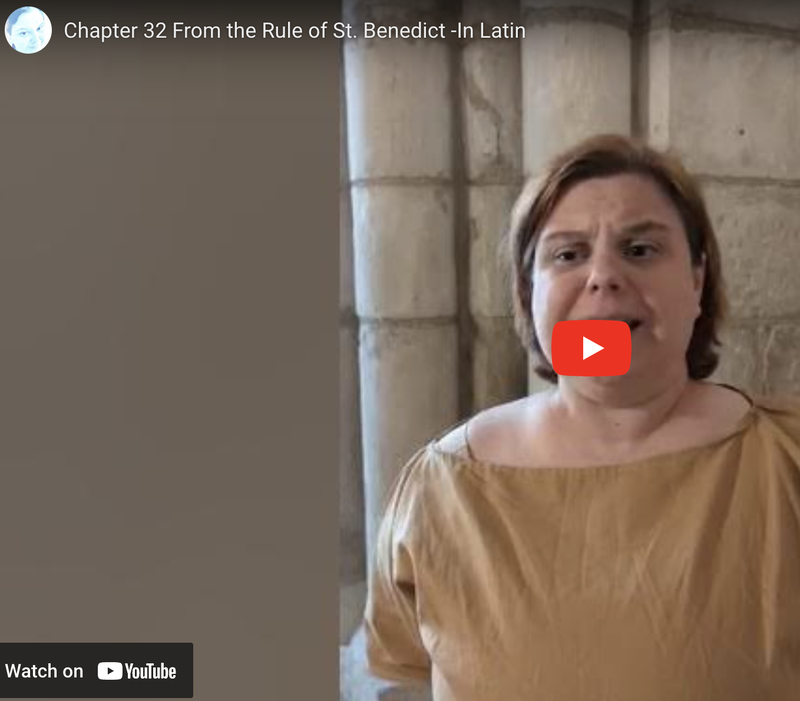